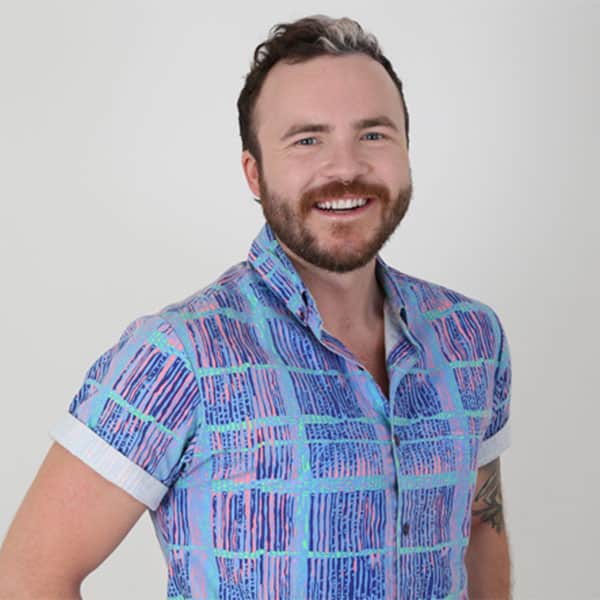 Brad Guy has a story that most people cannot believe. Brad, a 22-year old young man in the prime of his life, notoriously out-going and gregarious, was celebrating a belated birthday present; a thrill-seeking tandem skydive. In what can only be described as a ‘freak accident’, Brad and his instructor’s parachute failed to open properly – not once…but twice! The reserve chute got tangled in the first. With both parachutes failing they circled furiously in the air like two rag dolls in a treacherous vortex, plunging 14,000 feet to the ground at 80kmph. What are the odds of surviving a freefall from a plane 14,000 feet in the air? That is the equivalent of free falling from half of Everest. Well… they did survive– only just; but not without trauma and injury; both physical and mental. A broken spine and torn neck were Brad’s physical scars; severe depression and post-traumatic stress disorder (PTSD) were his unseen scars.

Brad went from a fun-loving, carefree young man to an introverted recluse, silently battling the dark throes of physical pain and emotional scarring. With a deep dose of family love and intense personal counselling Brad slowly fought back to reclaim a ‘new life’. A life that wasn’t like the old one, for that had died with the accident, but nevertheless a new life with a new perspective. Using his natural sense of humour and great love for comedy and showmanship, Brad revitalised his heart and mind through the medium of YouTube by creating his own hilarious videos. Medicine comes in many forms, and for Brad humour was the remedy that outlasted his painkillers. A grateful survivor, Brad has fought through countless demons and taken life with gusto, he now inspires others to do the same. A videographer for commercial radio mogul FOX FM and an inspiring author, Brad’s future is looking brighter than ever.

Brad’s isn’t just a guy with an amazing story of survival, he is dynamic and authentic public speaker and a passionate advocate for ‘talking and reaching out’. He speaks to groups from all different walks of life on the topics of: living life to the full after trauma, self-acceptance, sexual identity in a modern world, happiness and depression. He is an educator on post-traumatic stress disorder (PTSD) and teaches others the valuable and life-changing skill of openly communicating.