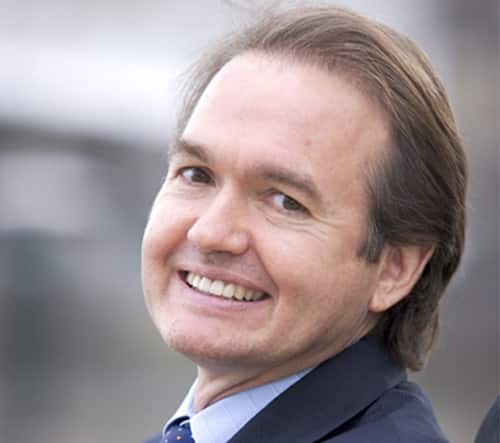 In the late seventies, the movement—as far as the counseling goes— was to attempt to recognize men and women as the same, completely
and 100 percent equal in the way they think, process emotions, handle stress, and work in relationships. As a counselor and a coach,
I saw that this model and method simply was not working.

Men were trying to think like women; women were trying to think like men. Women were trying to make men feel like women, and vice versa. I realized that a man could say or do something and it would work for them. However, when a woman tried it, it wouldn’t work. And the same for a man trying to say or do something that a woman would. I found through many of my clients that this new philosophy was doing more harm than good. We as a society needed
(and still need) to respect the differences of the sexes in the name of equality. As I dug deeper into this, I discovered that in over ten years of coaching women every day for eight hours a day that a woman’s complaints about men were very different from a man’s complaints about women. The place from which a person complains is where they need something the most.

From my work and everyday observations, I surmised that women needed more attention focused toward what they were feeling, thinking, wanting, and their desire for affection. These were not the same things that were of importance to men. These needs and desires had been overlooked and under supported by their spouses and partners because more and more women have entered the workforce, which has led to less time at home with the same amount of
work. Because of this, women need more help but do not know how to ask for it without complaining or getting frustrated.

This is why working to understand our differences in a positive way so that both men and women may receive equal respect and equal appreciation in a relationship is so important. As my message evolved, I was able to discover the hormonal foundation of the distinctions between men and women. Certain behaviors stimulate estrogen and oxytocin. These are hormones necessary to lower stress levels and increase happiness in women. Estrogen and oxytocin are significant to men, but not nearly as significant as they are to women. Women require about ten times more of those hormones than men. Men, however, need ten times more of the masculine hormone—testosterone—in order to regulate stress and certain behaviors. Areas of communication will also increase testosterone levels in men. As the years passed, we were able to discover a biological foundation to the differences that I have observed. As I researched more and learned more, I realized that people needed to know this. We could fix so many problems in our society if more people knew and understood the differences in men and women. I went on to write a book and developed a coaching program to help other people share these ideas and improve relationships.