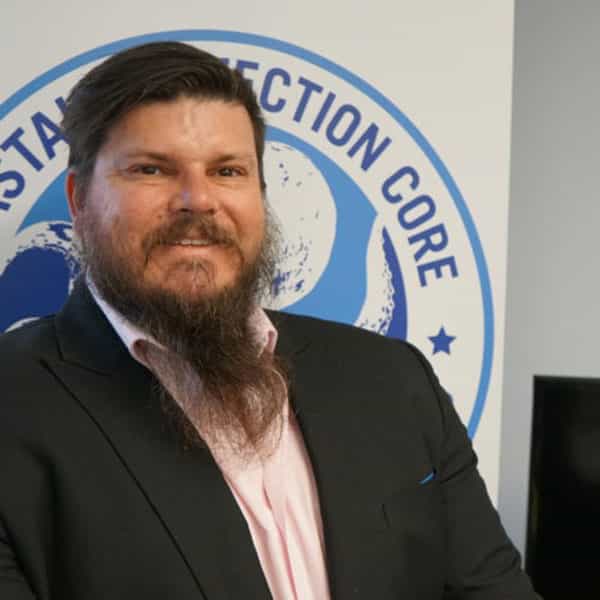 He is a member of the University of the Sunshine Coast Scientific Industry Advisory Committee and Moreton Maritime Alliance Committees. Mathew has won a number of awards, most recently the University of the Sunshine Coast Alumni of the Year Award 2017 for his incredible work across local ecological and environmental management within the Moreton Bay region.

As well as this, Mathew is an inspiration to youth and university students across the globe. In 2017 his company, Coastal Protection Core won the Moreton Bay Unity Water Innovation Award. Mathew and his companies have been nominated for multiple environmental and marine science awards. After winning this award, Mathew was invited to Sir Richard Branson’s home on Necker Island where he spent a week with Richard discussing how they could collaborate across the globe on key issues facing our oceans and our environment.