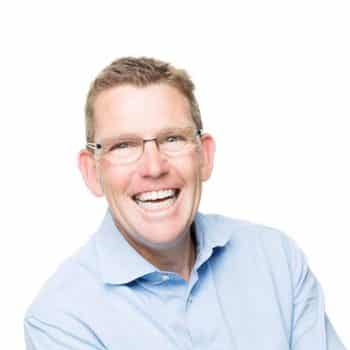 If you had to spend 540 days (and counting) strapped to a hospital bed, what would you do?

After experiencing a fall that changed life as he knew it, Rob Hall has spent most of the past two years in hospital, remaining optimistic while doctors work furiously to save his leg. Without a prognosis, Rob continues to play the waiting game.

According to Rob, it is his support system that has gotten him through the dark times. Rob was diagnosed with post-traumatic stress disorder (or post-traumatic growth, as he likes to call it); a product of the accident and the years of treatment that has ensued. Taking it in his stride, the man who “never used to cry” has discovered that opening up to mental health treatment proves invaluable when it comes to dealing with the psychological effects of injury.

Rob is indebted to his personal supports, particularly his wife Michelle, who have stood by him every step of the way.

Rob began his career as a jockey at just 14 years old, racing competitively for many years until a fall from his horse rendered him unable to continue. He then pivoted into real estate, a career he loves due to its focus on networking and building relationships. Rob has dedicated much of his life to volunteer work and has spent the last 20 years with Country Fire Authority.

You can connect with Rob at robert.hall@gisborne.rh.com.au