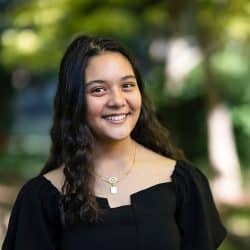 When Humans descended from the skies, life in the once-peaceful kingdom of Daelor changed for the Ameréa and the Theonix. The invading Humans, fearful of the native inhabitants’ mysterious abilities, labelled them witches and hunted them like animals.

Centuries later, Humans may have forgotten the true nature of the Daelor, but war between the Ameréa and the Theonix – now allies of the invaders – rages on.

Venatrix, a centuries-old Ameréan warrior, will never forget the pain and destruction Humans and Theonix have brought to her family and her people. Clearly, time does not heal all wounds.

Rae, a young Theonix lieutenant, refuses to let the Ameréan witches and their vile magic threaten his people. He rejects the similarities between the two races and praises the Humans for their ancient efforts against the enemy.

When a mysterious plot threatens Ameréa and Theonix alike, Venatrix, Rae, and friends must set aside their differences for the greater good. Only by overcoming past prejudices can the Daelor unite to uncover the world-shattering truth that lies at the heart of a grand conspiracy that could ruin them all.

There are no reviews yet.